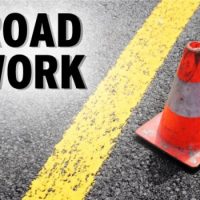 VIGO COUNTY, Ind. – The Indiana Department of Transportation announces construction work continues on U.S. 40/S.R. 46 in Terre Haute. There will be one lane restricted in each direction as the contractor removes guardrail and median from just south of Hulman Dr. to Wabash Ave.

Milestone Contractors South was awarded the $9 million contract. This project includes resurfacing the roadway from Margaret Ave. to Wabash Ave. along with converting some of the existing grass median to concrete median with curb which will extend the turn lane capacity at many of the intersections along the route. The corridor when done will have a modern look with a smooth riding surface that will allow for better traffic movement for the community.

Also, the bridge deck on U.S. 40 just east of the T-intersection will have traffic shifted into one lane in each direction beginning in early August through the end of October for a bridge deck overlay.

About the Indiana Department of Transportation
Over the past 100 years, INDOT has transformed the state of Indiana into the Crossroads of America we know today. With six district offices and 3,500 employees, the agency is responsible for constructing and maintaining more than 29,000 lane miles of highways, more than 5,700 bridges, and supporting 4,500 rail miles and 117 airports across the state. Indiana once again ranked #1 in the U.S. for infrastructure in CNBC’s 2019 “America’s Top States for Business” ranking. Learn more about INDOT at in.gov/indot.