On Wednesday, shortly after 3 in the morning, the Rockville Police Department were called to CR 1200 N, just east of HWY 41 for report of suspicious vehicle. When deputies arrived at the scene, they found Christopher Martin slumped over the steering wheel. Upon further investigation, it was determined he was impaired. Martin was arrested and charged with Operation While Intoxicated on a controlled substance. Martin is currently being held at the Parke County Jail on a $3,000 bond with no 10%. 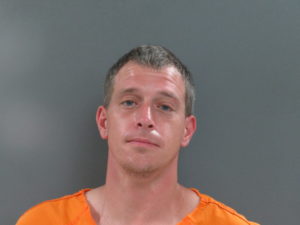 *ALL PERSONS ARE PRESUMED INNOCENT UNTIL PROVEN GUILTY ACCORDING TO LAW*