Vigo County – May 19, 2021, at approximately 8:25 p.m., Indiana State Police Putnamville Trooper Daniel Organ was patrolling in Vigo County.  While patrolling, he visually observed a white pickup truck that was traveling south on Lafayette Avenue above the posted speed.  Trooper Organ activated his radar and received a reading of 52 mph in a 30 mph zone.  Trooper Organ then attempted to conduct a traffic stop, but the driver of the pickup truck disregarded the fully marked State Police car, with its emergency lights activated, and accelerated.  A pursuit then ensued.

The pickup truck turned from Lafayette Avenue onto 16th Street, then traveled through several city streets and alleys with the driver disregarding stop signs, driving recklessly through backyards and driving over brick and wood structures attempting to flee.  Trooper Organ eventually lost sight of the vehicle due to staying on the traveled portion of the roadway, but several bystanders, who witnessed the truck’s reckless driving, indicated to Trooper Organ the direction in which it continued to travel.  With the information provided, he continued to attempt to locate the pickup truck.  Upon traveling to the intersection of 13 ½ Street and Elizabeth Street, Trooper Organ observed that a passenger vehicle had been stuck on the driver’s side and that the pickup truck, in which he was pursuing, was rolled over on the passenger side.  Trooper Organ immediately called for medical assistance and located the driver of the pickup truck to make sure that he was not going to cause further harm to anyone else.  Trooper Organ then began providing medical first aid to the driver and passenger of the struck vehicle.

The driver of the pickup truck and the two occupants of the passenger vehicle were extracted out of the vehicles by the Terre Haute Fire Department.  All three were then transported to Union Hospital with non-life-threatening injuries.

The driver of the pickup truck was then identified as Kenneth M. Rogers, age 37, of Terre Haute, Indiana.  Upon identifying Rogers, it was discovered that he had an active warrant out of Vigo County for resisting law enforcement.  During an inventory of Rogers’ vehicle, it was discovered that he was also in possession of marijuana, methamphetamine, and syringes.  Further investigation by Trooper Organ also revealed that Rogers was impaired. Once medically cleared from Union Hospital, Rogers was placed under arrest and is currently being held in the Vigo County Jail. 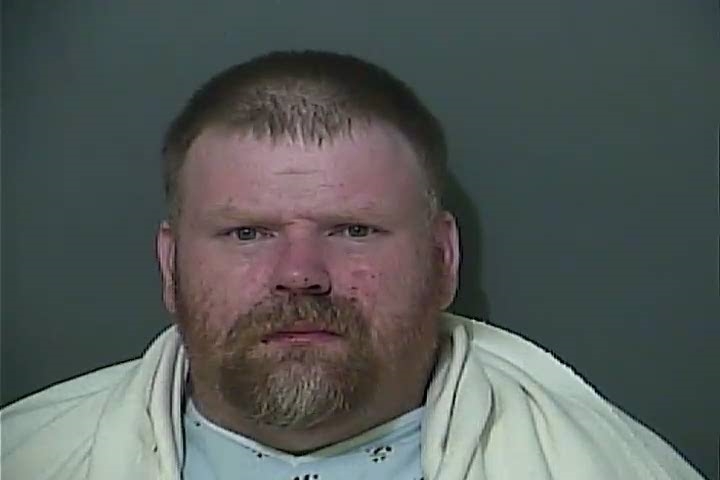