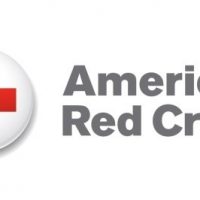 INDIANAPOLIS – Today [April 21, 2021], the Indiana Region of the American Red Cross presented American Red Cross Lifesaving Awards to three Hoosiers for their remarkable actions in the face of emergencies. These prestigious awards, bestowed since 1911, are reserved for those who either put their Red Cross training to use or model Red Cross values in saving a life.

There are three types of Red Cross lifesaving awards: The Certificate of Merit; The Lifesaving Award for Professional Responders and Healthcare Professionals (which honors those who use Red Cross skills and knowledge as part of their professional responsibilities); and The Certificate of Extraordinary Personal Action (awarded to individuals who may not have formal Red Cross training, but nonetheless exemplify the values of the Red Cross and undertake to save a life).

The recent honorees—Alexandria (Alex) Witchey; Officer Brandon Shipley; and Sara Cooper—received their awards during a virtual ceremony. Their stories are below:

“We are proud to honor these individuals for their heroic actions and we hope that these stories will inspire others to learn these lifesaving skills,” said Chad Priest, CEO of the Indiana Region of the American Red Cross. “We need more people in the community who are trained and ready to act. This is an invitation for others to become certified and help us keep the community safe.”

Take a first aid and CPR course to learn what to do in case emergency help is delayed. A variety of online, blended (online and in-person skills session) and classroom courses are also available. To learn more and get started, visit redcross.org/takeaclass.

Go to LifesavingAwards.org to nominate an individual or group of individuals who have used the skills and knowledge learned in an American Red Cross Training Services course to help save or sustain a life.

About the Indiana Region of the American Red Cross: The Indiana Region serves 104 counties across Indiana, Ohio, Kentucky, and Illinois through its six chapter areas: Central, Northeast, Northwest, Southeast, Southwest, and Greater Indianapolis (Regional Headquarters). For more information on the Indiana Region: www.redcross.org/indiana. Follow the Indiana Region on Twitter at: @INRedCross, on Instagram at: @indianaredcross or www.facebook.com/INRedCross.

About the American Red Cross: The American Red Cross shelters, feeds and provides emotional support to victims of disasters; supplies about 40 percent of the nation’s blood; teaches skills that save lives; provides international humanitarian aid; and supports military members and their families. The Red Cross is a not-for-profit organization that depends on volunteers and the generosity of the American public to perform its mission. For more information, please visit redcross.org or cruzrojaamericana.org, or visit us on Twitter at @RedCross.