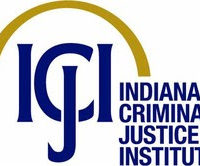 INDIANAPOLIS — The Indiana Criminal Justice Institute today announced the results of the one-day enforcement campaign, Connect 2 Disconnect, that took place on April 8 to discourage distracted driving in Indiana. Altogether, more than 60 police agencies participated in the mobilization which, combined, issued a total of 455 written warnings and 596 citations under the hands-free device driving law.

The overtime patrols, which took place as part of Distracted Driving Awareness Month, were funded by the National Highway Traffic Safety Administration (NHTSA) through ICJI.

“Driving distracted is one of the most dangerous activities a person can do behind the wheel,” said Devon McDonald, ICJI Executive Director. “It’s on the same level as impaired driving and can be just as lethal. As a society, we need to change how we view this issue and treat it as something that’s socially unacceptable.”

Data from NHTSA shows that in 2019, distracted driving crashes claimed the lives of 3,142 people in the U.S. – a 10 percent increase from the previous year. In Indiana alone, there were 24 traffic fatalities involving a distracted driver in 2019.

One of the goals of the Connect 2 Disconnect campaign was to raise awareness about the dangers of distracted driving, as well as educate motorists about the hands-free law, which went into effect last July. Under the law, motorists are prohibited from holding a mobile device, except in emergencies, while their vehicles are moving. Violators could face a Class C infraction and be subject to a fine.

ICJI Traffic Safety Director Robert Duckworth said that while the law is still relatively new, it was put in place to reduce distracted driving and is already having a positive impact in Indiana.

“Every time an officer stops someone under the hands-free law, that’s an educational opportunity and another person that will think twice before driving distracted,” Duckworth said. “Our hope is that we’ll see more people, without being prompted, putting away the distractions when behind the wheel.”

While the high-visibility enforcement mobilization is over, the criminal justice institute wants to remind motorists that distracted driving is a choice and preventable. It’s considered any activity that diverts attention away from the task of driving and includes everything from adjusting the stereo to grooming to eating and drinking.

Although texting is the most alarming distraction, all forms are considered dangerous, as they increase the risk of crashing.

Drivers are encouraged to activate their phone’s “Do Not Disturb” feature or place it in their glove box, center console or back seat until they reach their destination. They can also designate a passenger to be their “designated texter” by allowing them to access their phone.