Vermillion County – Detectives from the Indiana State Police Putnamville Post have been requested by Vigo County Sheriff John Plasse and Vermillion County Sheriff Mike Phelps to investigate an officer-involved shooting incident that took place on September 27, 2020, at approximately 4:30 a.m. on State Road 63 at US 36, just north of Clinton, IN.

At approximately 4:22 a.m., Deputy Richard Stangle from the Vigo County Sheriff’s Department observed a vehicle that was traveling northbound, and well above the posted speed limit, near Third Street and Margaret Drive.  Deputy Stangle activated his emergency lights, on his fully marked police car, to initiate a traffic stop.  A pursuit then ensued, continuing northbound onto State Road 63, reaching speeds of 120 miles per hour.  Officers from multiple agencies were able to get ahead of the pursuit and successfully deploy a tire deflation device at the intersection of State Road 63 and Hazelbluff Road.  The pursued vehicle struck the deflation device, flattening the driver side tires.  At that time, the subject in the pursued vehicle began actively shooting at officers through the rear window, striking one officer’s vehicle.  The subject continued to flee the officers on deflated tires, until eventually losing control and leaving the roadway at the exit ramp of State Road 63 at US 36.  It was at this time that the subject exited the vehicle, brandished a handgun, refused to release the handgun, and fired at officers. Several officers then discharged their service weapons, resulting in the subject being struck and injured.

Medical assistance was immediately rendered at the scene.  The subject was subsequently transported to Union Hospital in Clinton by ambulance, and then transported to Indianapolis by air ambulance for further care.

The subject involved has been positively identified as Omaree Shay Roby, age 23, of Milwaukee, Wisconsin.

Further investigation by detectives revealed that Roby was driving a stolen vehicle from Evansville, Indiana, where he had allegedly committed a carjacking, forcing an individual out of the vehicle with a gun, by shooting it into the air.

Under the law, criminal charges are merely accusations and the defendant is presumed innocent and until proven guilty. 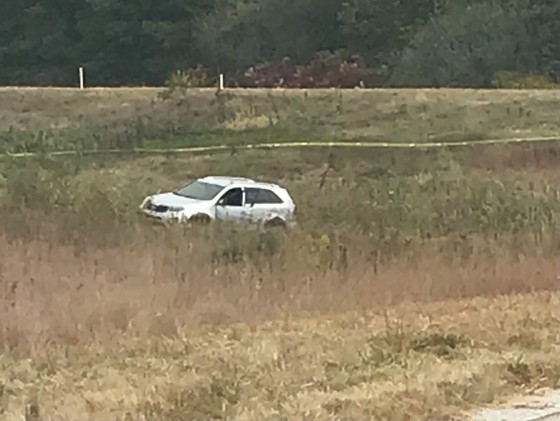