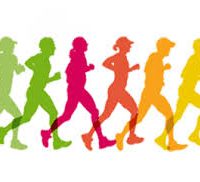 PRINCETON, Ind. — After 9/11, in 2001, an Indiana man named Greg Collins ran from Linton, Indiana all the way to New York to raise money for first responders. The run took him three days, and in total, he was able to raise $8,000. During the whole trip, Collins wore a jacket.

When he returned from his venture, according to Martin County Deputy Sheriff Jonathan Wells, Collins gifted the jacket to the Princeton Fire Department.

For 25 dollars, you can sign up to run or walk the race virtually or in person. All that money goes to the Indiana chapter of Concerns for Police Survivors (COPS), which funds funerals for fallen officers and provides counseling for police and family members.

You still have time to sign up on the group’s Facebook page. The deadline is Saturday, the day of the race.