Putnam County – Indiana State Police initiated a criminal investigation on April 28, 2020, after receiving information that employees of the Putnam County Department of Child Services had received threats of boldly harm and intimidation.

The investigation revealed that Lacie D. Zeller, age 40, of Roachdale, Indiana, allegedly threatened to physically harm or retaliate against a total of four employees of the Putnam County Department of Child Services.

The threats and intimidation occurred at the Putnam County Courthouse, at the Putnam County Department of Child Services Office, and during several conversations via phone and text with Zeller.  During one incident, Zeller pursued a child service worker in her vehicle through the streets of Greencastle following too closely, beating on the windows, and screaming at the worker while stopped at traffic lights.

On July 23, 2020, Zeller was arrested at her residence by Trooper Kevin Fowler, on a warrant for (3) counts of intimidation and (1) count of stalking.  Zeller was remanded into the custody of Putnam County Jail staff. 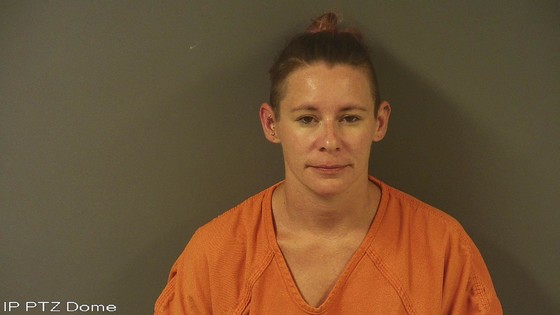