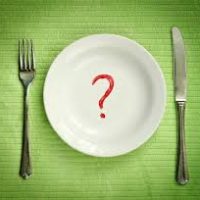 10 finalists qualified for a shot at the 100-thousand-dollar World Food Championships grand prize last fall, and were scheduled to go head-to-head at Ivy Tech in May, until the coronavirus got in the way. The event has been rescheduled for August 8 and 9, two months before qualifying in Dallas for next year’s championships.

Larry Dickerson, spokesman for Indiana’s delegation to the Championships’ qualifying rounds, says the panel of 13 judges, already scheduled to be heavy on Indianapolis chefs and restaurateurs, may end up being an all-Indiana panel due to the pandemic. Except for social distancing and cleaning protocols, he expects the competition to otherwise go forward as planned. But the pandemic scuttled plans to showcase Hoosier cuisine with a Louisiana-style seafood boil at the State Fairgrounds and a giant public hog roast in the runup to the finals.

The finals will still have an Indiana theme. The first round will challenge competitors to make a pork dish while incorporating tomato products from Elwood-based Red Gold. The top five finishers will be assigned to replicate a duck dish by Indianapolis Studio C chef Greg Hardesty, trimming the field to three cooks for the final round: a sugar cream pie.

While organizers hope to admit a couple of hundred spectators for the first two rounds, the finals will be closed to the public, with the winner kept under wraps until a televised reality-style recap in September or October. Broadcast plans haven’t been finalized, but Dickerson says the Championships are in talks with The Cooking Channel to air the competition.

The virus could still throw one last wrench into the competition. Five of the 10 finalists are from California and Florida, two of the states being pummeled hardest by the pandemic over the last two weeks. Dickerson says the competition will go forward even if some of the finalists are unable to attend.