The gyroplane took off from the Greencastle airport before losing power and making an emergency crash landing in a field, north of Ascena. Emergency crew immediately searched the area. Some personnel stood atop firetrucks to direct those on foot. No injuries occurred from the accident. Law enforcement remained on scene for investigators from the Federal Aviation Administration (FAA). 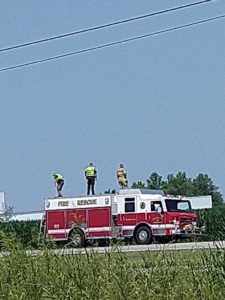 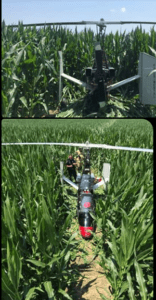 On the East side of Greencastle, towards the industrial area, a gyroplane has crashed. There are no major injuries reported. We will update this story as more information is made available.