Indiana State Police Putnamville District Commander, Lieutenant Dan Jones, recently announced the recipient of the 2019 Indiana State Police Putnamville District Trooper of the Year.  This honor is bestowed upon a district Trooper that illustrates the Department’s standards and expectations as related to the mission of the Department.

The 2019 Putnamville District Trooper of the Year is Trooper Courtland Woodruff. Trooper Woodruff’s performance and accomplishments during 2019 are worthy of such recognition and have earned him this award.  Trooper Woodruff is a three-year veteran of the Indiana State Police.

Lieutenant Jones commented, “Trooper Woodruff is a very dedicated, hardworking, self-motivated Trooper, that sets the example for the public of what a Indiana State Trooper is.  Woodruff makes sound decisions and has the respect of his supervisors, peers, and the citizens he serves”. 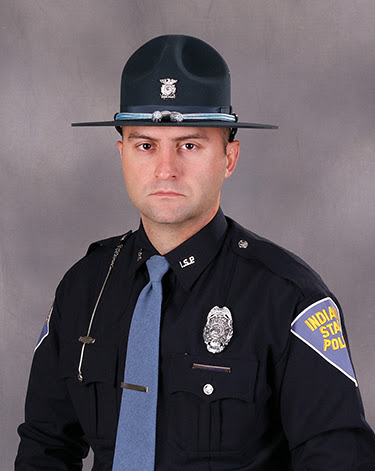