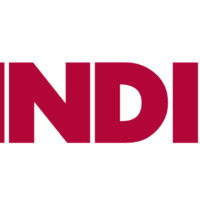 (LAS VEGAS) — Indiana’s retail and online sportsbooks were hit hard in the first weeks of the coronavirus shutdown, costing the state an estimated $125 million in wagers in March, according to PlayIndiana. And with no immediate end in sight, the industry will continue to navigate treacherous waters in the months ahead.

“This is an unprecedented stoppage for legal sportsbooks, and there is no playbook for them to follow to help manage the crisis,” said Dustin Gouker, lead analyst for PlayIndiana.com. “Obviously, the sports betting industry is just one facet in a crisis that is affecting us all, too often tragically. But it is a business that employs hundreds in Indiana and generates millions in state taxes. And the bottom line is that there will be no significant relief until the sports world begins to open back up.”

Indiana appeared to be headed for its first month of more than $200 million in bets. Instead, the state’s retail and online sportsbooks collected just $74.8 million in March wagers, down 60% from the record $187.2 million in February, according to official reporting released Thursday. Almost all of the handle was generated before March 11, when the NBA shut down its season and sent a cascade of closures through the sports world.

The shutdown wiped out nearly three weeks of games, including the NBA and the opening of the Major League Baseball season. The loss of the NCAA Tournament, one of the largest sports betting holidays in the U.S., proved particularly damaging. Indiana sportsbooks could have generated more than $50 million in tournament-related wagers, PlayIndiana estimates.

“There is no way to replace the revenue that would have been generated from the NCAA Tournament, which in legal jurisdictions generates more action than the Super Bowl,” said Jessica Welman, an analyst for PlayIndiana.com. “The NCAA Tournament can’t be rescheduled, but professional leagues are beginning to draw plans to begin games again. We still don’t know what that looks like or when it will happen. Whether spectators are there to watch in-person or not, though, online sportsbooks should again be able to attract bettors, which will be welcome news for the industry.

Other than some minor international events and futures betting, mainly on the NFL, sportsbooks have gone completely silent. That could change in a minor way without a single game being played. Sportsbooks are now accepting bets on Friday’s WNBA Draft and the NFL Draft later this month.

“We don’t expect a lot of betting on the WNBA and NFL drafts, but we suspect that each will draw more interest than either would under ordinary circumstances,” Welman said. “People are looking for some sense of normalcy while they practice social distancing, and the drafts and futures betting is providing at least some outlet for bettors.”

The market leaders were followed by:

“Online sportsbooks will bounce back more quickly than their retail counterparts, which face a much more uncertain future as the coronavirus pandemic continues,” Gouker said. “In states where online casino games and poker are legal, such as New Jersey and Pennsylvania, casino operators have had a bit softer landing. But Indiana has really borne the brunt of this crisis, unfortunately.”

About the PlayUSA.com Network:
The PlayUSA.com Network is a leading source for news, analysis, and research related to the market for regulated online gaming in the United States. With a presence in over a dozen states, PlayUSA.com and its state-focused branches produce daily original reporting, publish in-depth research, and offer player advocacy tools related to the advancement of safe, licensed, and legal online gaming options for consumers. Based in Las Vegas, the PlayUSA Network is independently owned and operated, with no affiliations to any casino — commercial, tribal, online, or otherwise.