Sergeant Organ is a nine year veteran of the Indiana State Police. He is a 2004 graduate of Riverton Parke High School, in Montezuma, IN, and a 2007 graduate of Indiana State University in Terre Haute, IN, where he earned a Bachelor’s Degree in Sports Management.

Sergeant Organ began his career with the Indiana State Police in September 2010, after being selected to attend the 70th ISP Recruit Academy.  After 23 weeks of training, Organ was appointed on March 4, 2011, and was assigned to the Putnamville Post where he was assigned patrol duties.

During his career Organ has served as:

Organ has also received the department’s Combat Action Award in 2012, for his efforts in responding to a domestic battery call where the subject exchanged gunfire with responding officers before being apprehended.

Organ is a resident of Parke County and has been married to his wife Ashley for 11 years.  He has three children, Millynn, Zane, and Adler. 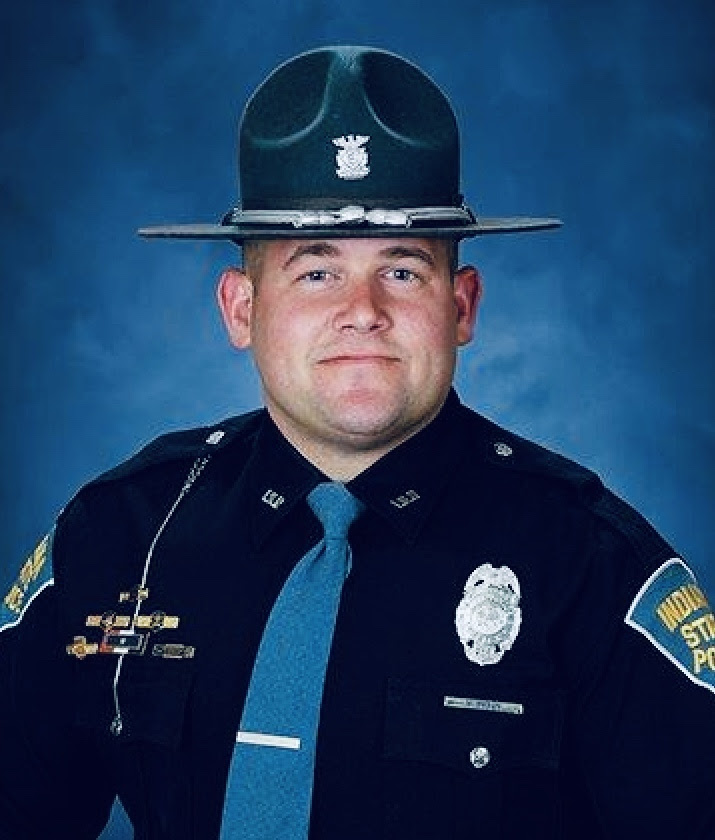