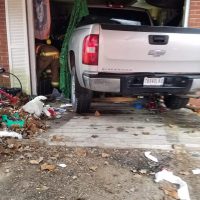 After being released from a weeklong stay in the hospital just four days prior, Amanda Grassick was looking forward to some pain free downtime. Her oldest son, Gavin, didn’t have to be at school until late Tuesday, February 4, 2020 and decided to help his mother by pulling their truck forward and into the car port, so she wouldn’t have to walk in the cold rain. His goal was to reverse the truck to straighten it out before pulling up, however, the inexperienced teen had the truck in drive when he tried to punch the gas to back up, vaulting him into the sliding glass doors of his parents’ bedroom. The truck stopped within six inches of Amanda, who was panicked, screaming no. Fear set in when she realized her son was the driver and she couldn’t get to him. She finagled her way through the house to reach him only to find he was in shock. He remembered thinking he would get in the truck and pull it under the carport and then blackness. He was not injured, nor was Amanda. Though the shock has clearly taken its toll, evidenced by the mixed emotions trembling through her words as she recounts the details.

Amanda considers her family lucky it wasn’t worse. Her younger two children were in school, safe and sound, their beloved pets managed to escape in time, and her boyfriend’s, Jake France, expensive streaming equipment was somehow unharmed. In fact, Amanda credits an old, large, sturdy desk and filing cabinet with stopping the truck from closer to her. While, the home is structurally sound because the truck came through the sliding glass doors and not the framework of the home, there is still an estimated $10,000 in damage to both the home and the truck. Amanda was already struggling with day to day expenses after being off work, first, due to students not being on campus and her hours cut short, and second, her weeklong stay at the hospital and all the expenses for her medical care. “It was down to the wire for us, for gas money until we got paid anyway.”

Family and friends have been able to offer some support, by cleaning out debris and putting up boards and plywood over the large hole. They’re relying on space heaters to keep the home warm until they can repair the damage. “Thankfully a lot of my family members and friends were able to keep a calm, clear head.” Amanda recounts knowing there were people who could help, but she couldn’t think clearly enough to know where to begin. She was thankful a co-worker set up a GoFundMe page for her and her family and to Field’s Carpet One Floor & Home for donating a 12x16ft roll of carpet to replace the one ruined in the accident. Amanda and Jake are working one step at a time, trying to make light of the situation and grateful it wasn’t worse. Jake said, “Of all the ways this could have gone, this was the best outcome.”

If you would like to help the family with the expenses and repairs, you can donate to them through their GoFundMe page by clicking here. 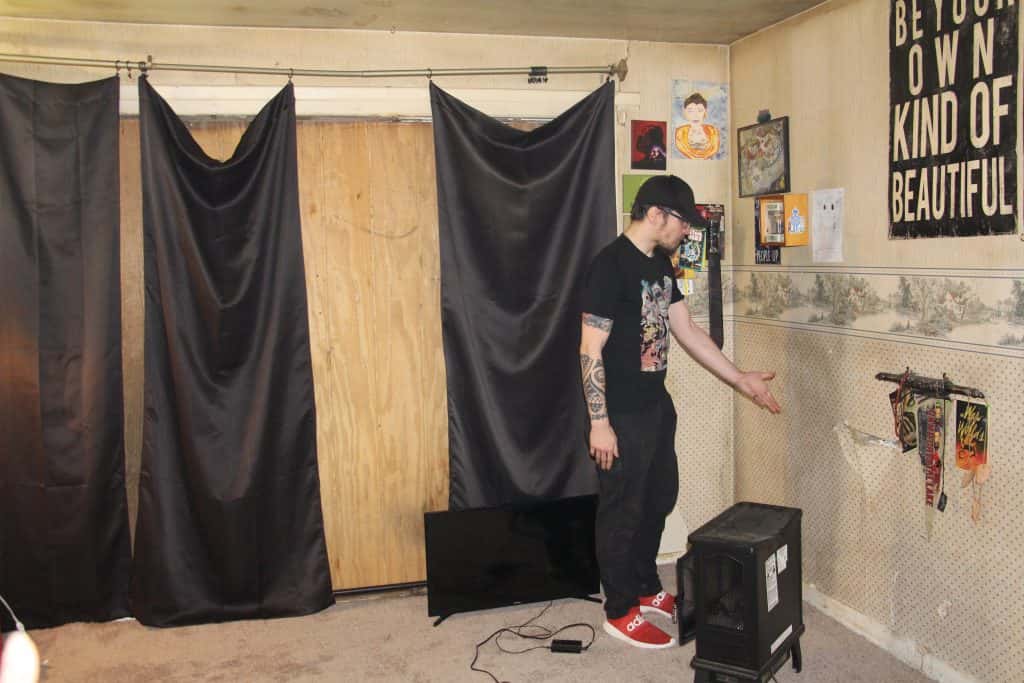 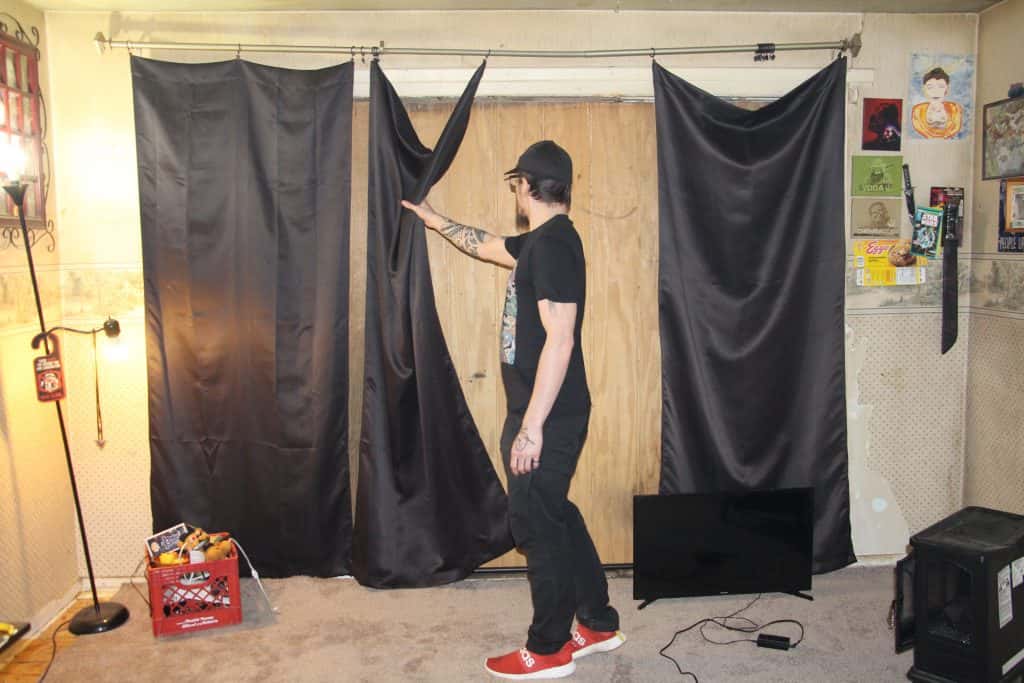 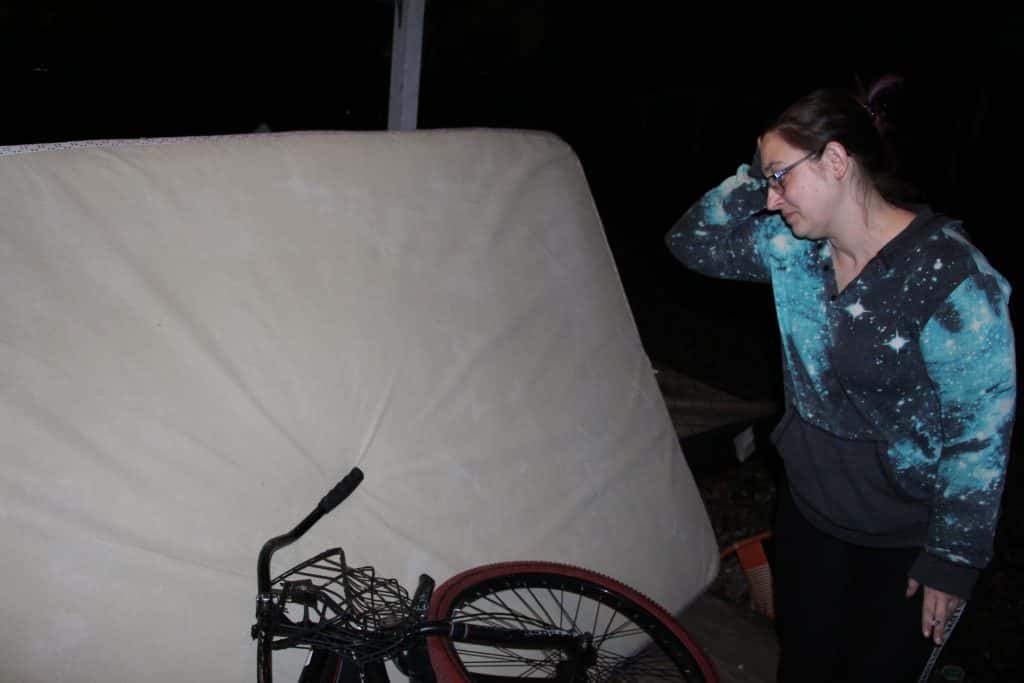 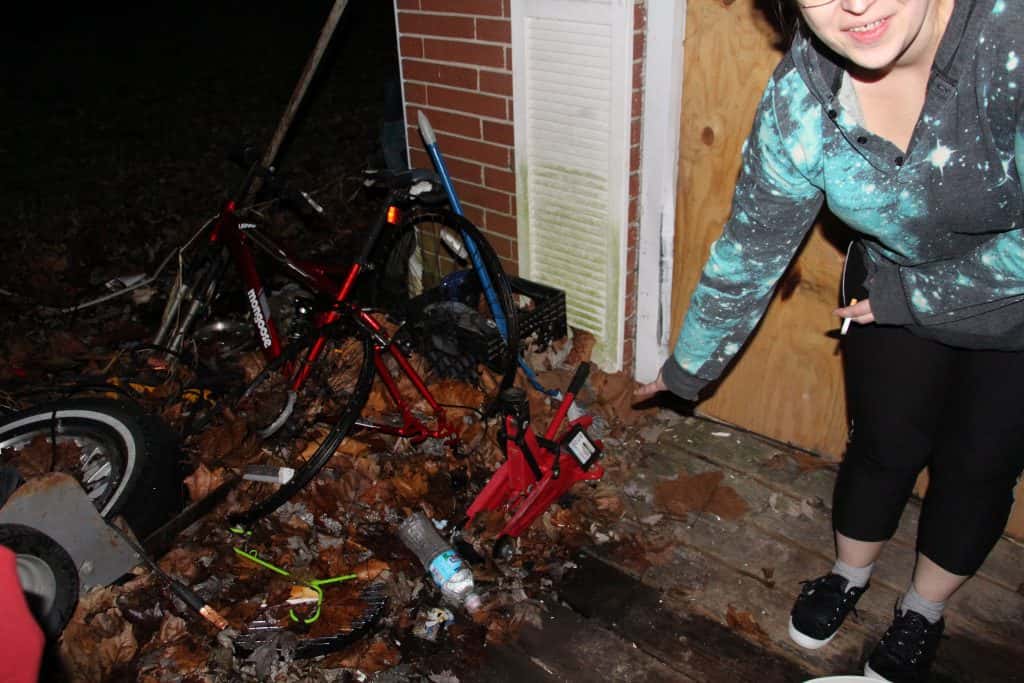 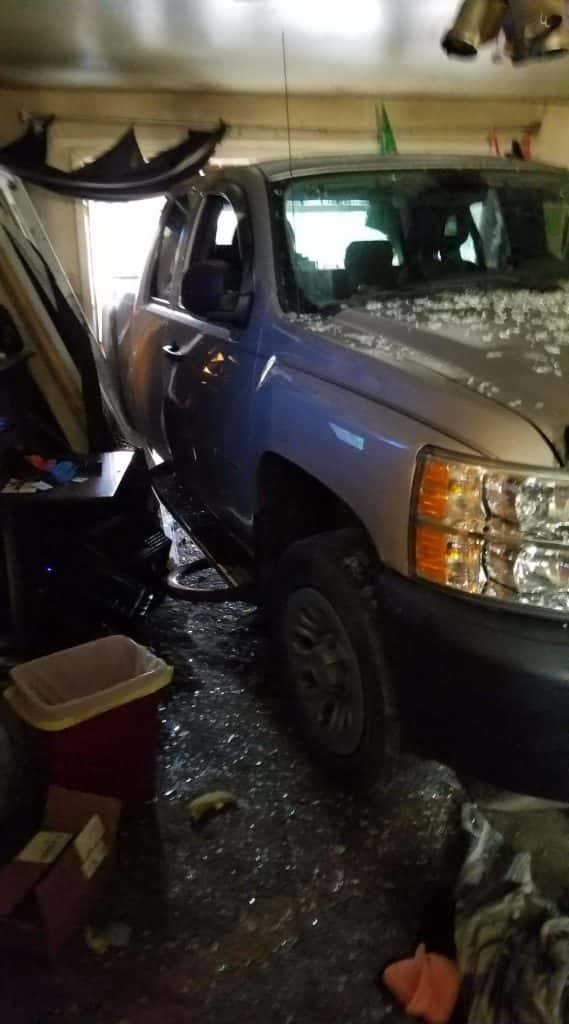 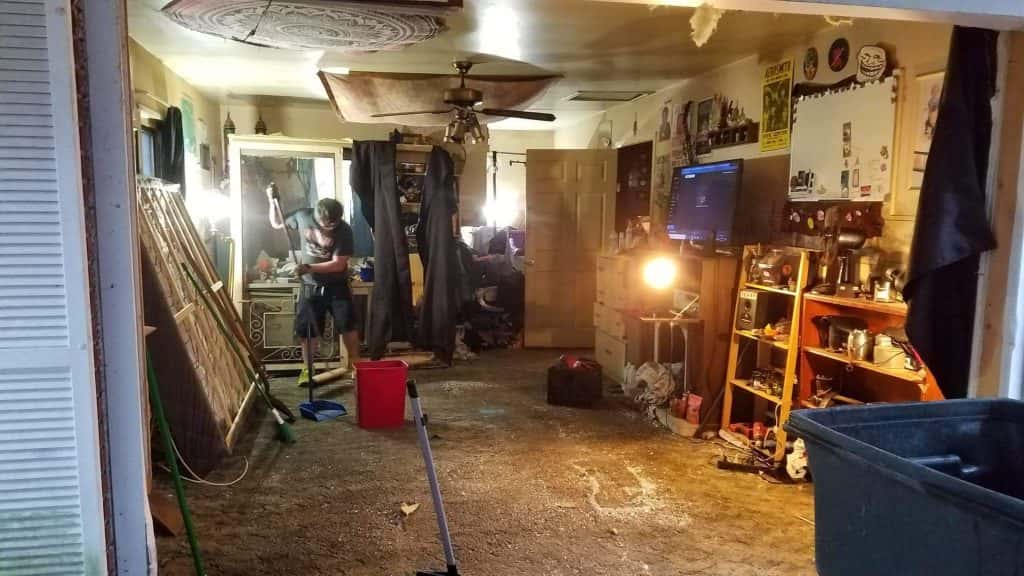 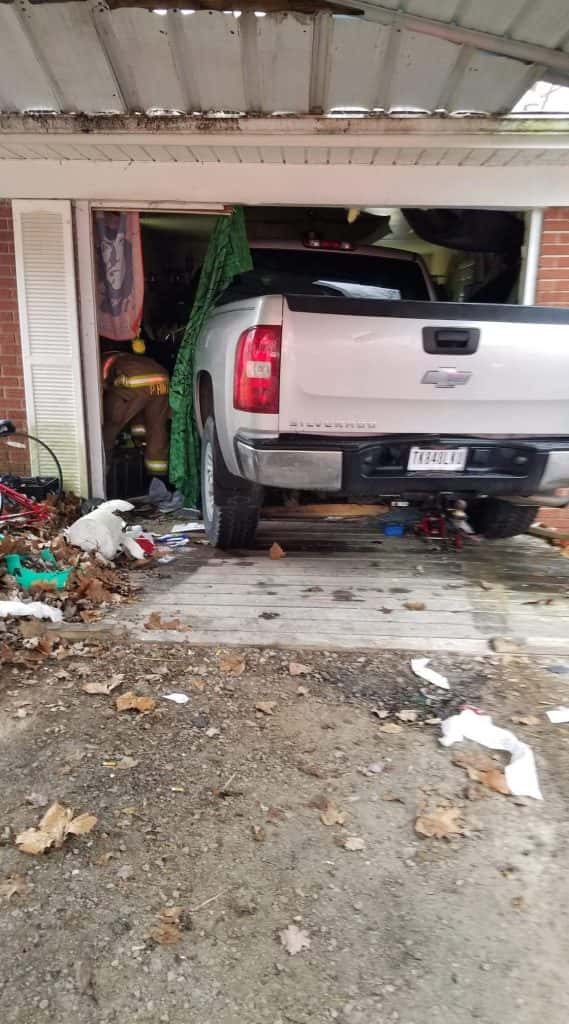 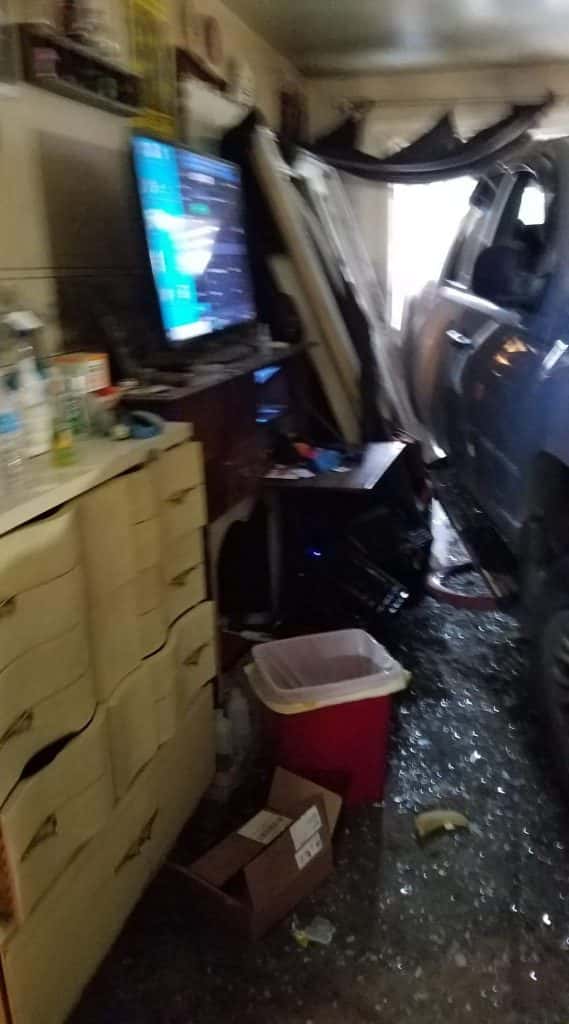 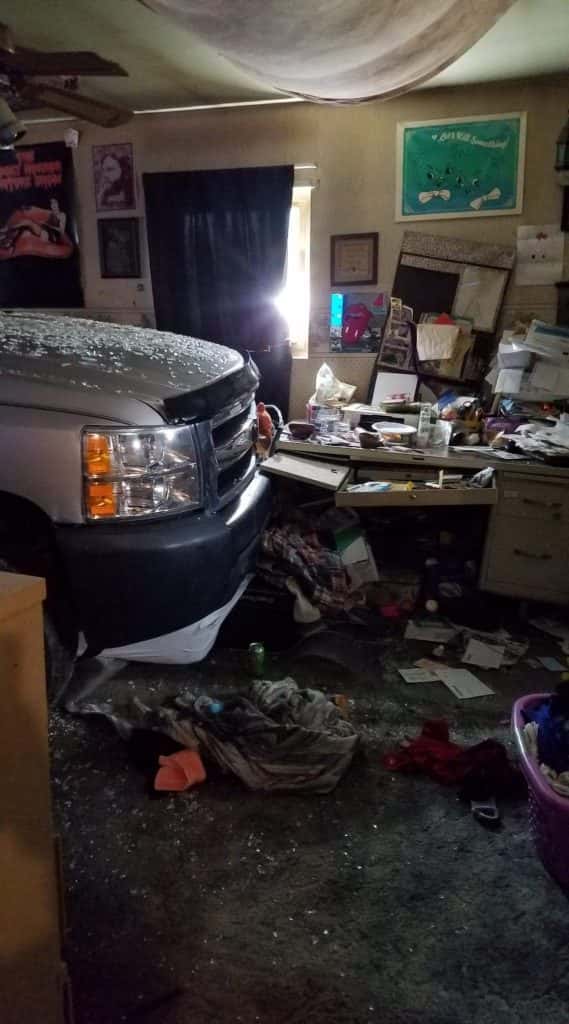 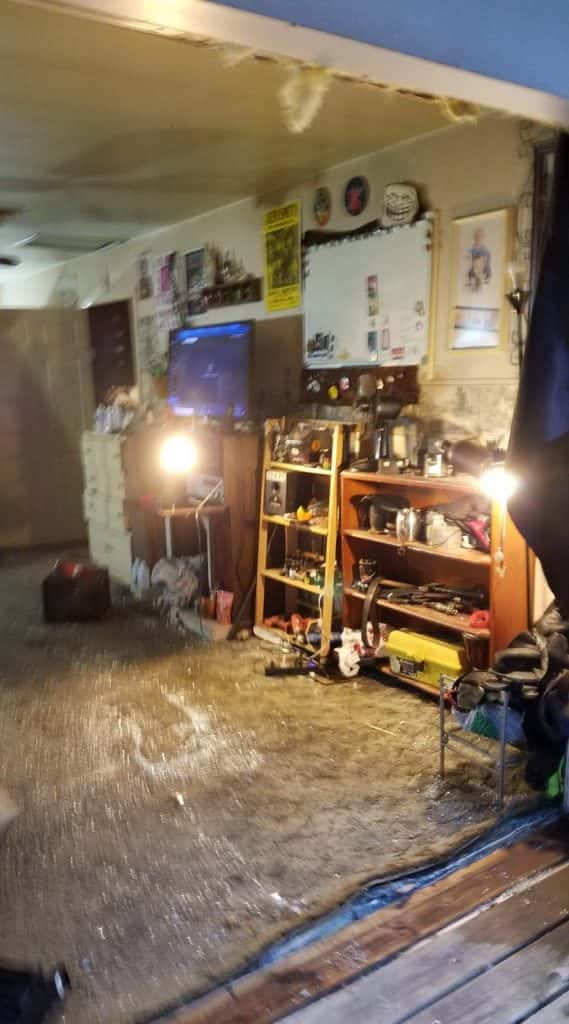 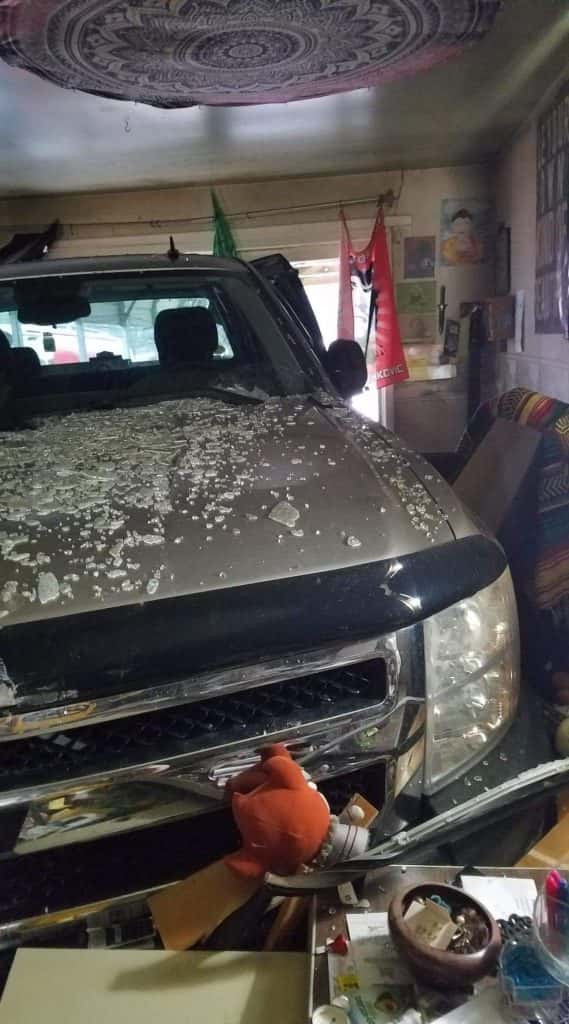 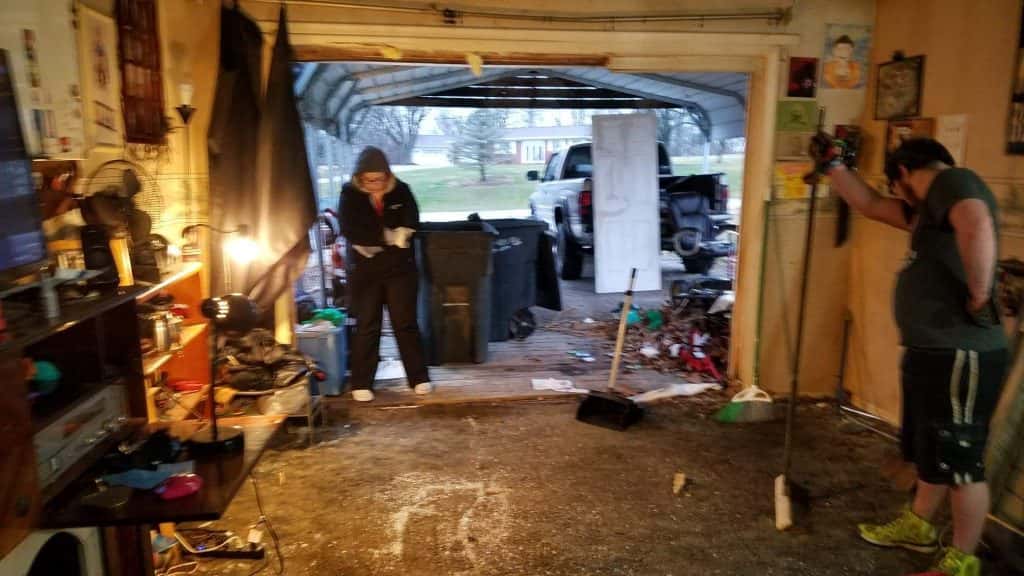 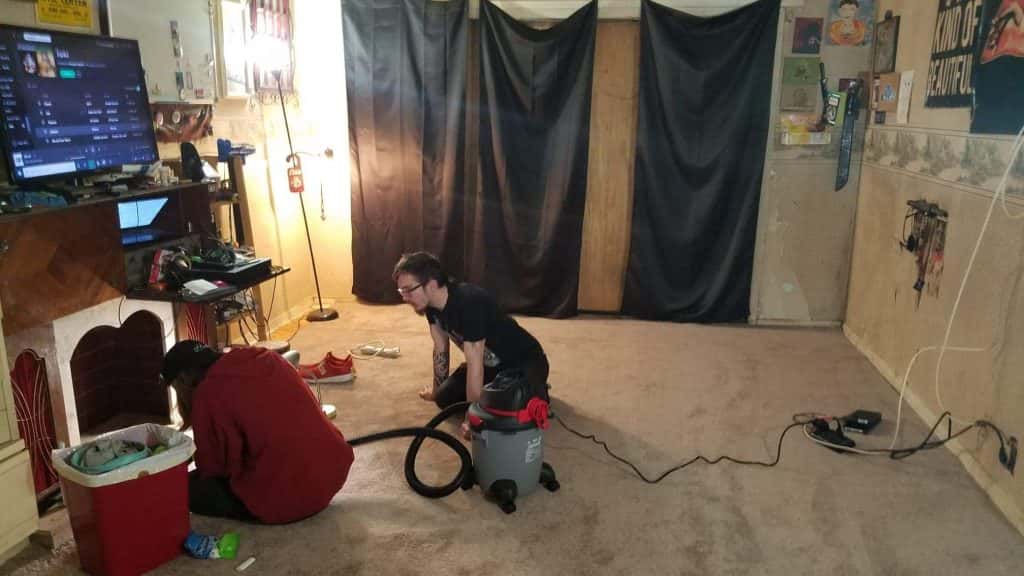