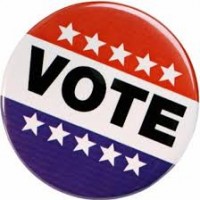 Whether you pull a lever, push a button or tap a screen, you want to know that your vote is secure and that the choice you make counts. The FBI is doing its part in Indiana to make it as secure as possible. In a meeting Thursday, agents said they are working with the Indiana Secretary of State’s office to help.

“It is not a crime to lie about your opponent,” said Special Agent Ben LaBuz. He said when you see misinformation or disinformation on social media, you should know the FBI does not have the ability to take it down, nor should they, according to our Constitution.

“We all have a hand in ensuring that the elections of the United States are protected and that the Constitutional right to vote is protected for every American,” he said.

Some of the misinformation that you may see through the year may include falsehoods about candidates. While that is not illegal, Special Agent Mike Alford said the FBI partners with Twitter, Facebook and other social media outlets, to inform them who puts the info up, what the posts say, and whether it is false. The outlets can then choose whether they will take the posts down.

It’s not likely that a hacker or some other malefactor will be able to manipulate vote totals, said Alford. “The biggest concern we have is that someone would create the optic that something bad had happened.”

That could undermine confidence in the system, which is not centralized. Since the federal government does not run or control elections, and the state does, through the counties, it would be very difficult to break into the systems.

“Especially here in the State of Indiana, it would be very difficult to manipulate or modify the vote because of the way they’ve set it up,” he said.

Undue federal influence would also be a crime, which is why he says federal agents canot come armed to a polling place on election day. They can come later to investigate, if something happens.

LaBuz said the FBI is always looking for violations, even though the 2020 election is a good time to talk about it.