The Indiana State Police is now releasing the identity of the trooper who was shot during a standoff with an armed suspect in rural Jefferson County yesterday.

Master Trooper Joseph Livers, an 18 year veteran of the Indiana State Police, sustained serious but non-life threatening injuries to his lower left leg when Wade Roark, age 59, opened fire on M/Trp. Livers, who was on the scene as a member of the Indiana State Police SWAT Team.  Police were initially called to the home in the 8000 Block of East State Road 56 near Madison, Indiana after a 9-1-1 call was placed which indicated that Roark was firing a gun inside of the residence.

The investigation indicated that Roark was in the basement of the home when he shot through a hole in the basement wall.  One round fired through the hole struck M/Trp. Livers.  After being shot, emergency personnel provided immediate care to him.  He was then transported to King’s Daughters’ Hospital in Madison before being transported to University of Cincinnati Medical Center where he underwent surgery.

Roark soon surrendered to law enforcement officers on the scene.  He was arrested and transported to the Jefferson County Jail.  Roark is currently being held on charges of Attempted Murder, Aggravated Battery, Battery, and Criminal Recklessness.

Roark is expected to make his initial appearance in the Jefferson County Circuit Court early this week. 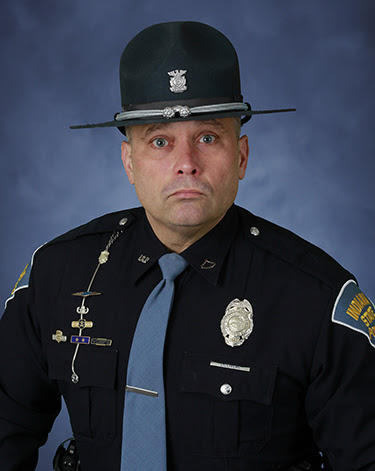