Putnam County – November 21, 2019, at approximately 6:00 a.m., officers from the Indiana State Police Post and the Putnam County Sheriff’s Department responded to a single vehicle accident on Interstate 70 near the thirty-five mile marker westbound.

The preliminary investigation, by Sergeant Matt Ames with the assistance of Senior Trooper Charlie Boller, revealed that Michael D. Holliday, age 61, of Jacksonville, Florida, was driving a 2019 Freightliner tractor-trailer on Interstate 70 westbound near the thirty-five mile marker.  Holliday stated that he had a mechanical issue on the left side of his vehicle, which caused him to lose control.  The tractor-trailer went into the grassy median, continued traveling westbound approximately 400 yards off the roadway, and proceeded down a steep, earth embankment before coming to an abrupt stop into a creek. Holliday was able to climb out of his vehicle with the assistance of first responders. No other vehicles were involved in the accident.

Holliday was transported to Terre Haute Regional Hospital for a complaint of pain throughout his entire body. 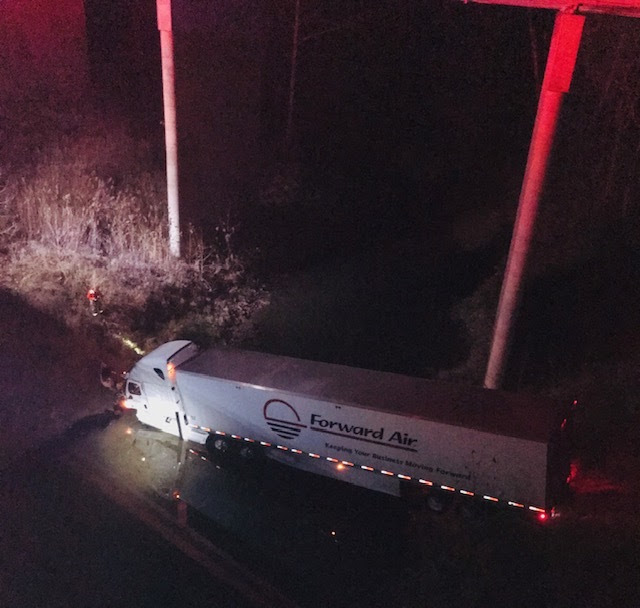