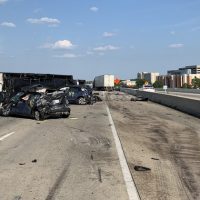 Indianapolis, IN – Just after 12:00 p.m. Sunday emergency crews were called to I-465 eastbound near Keystone on the north side for reports of a multiple vehicle serious crash. Callers were reporting one vehicle was on fire and several people were injured. The crash closed all eastbound lanes of I-465. When emergency responders arrived they found an adult and two children unresponsive, all three were pronounced deceased at the scene. Seven other people were transported to area hospitals, one of those patients was described as very critical.

Preliminary investigation revealed a semi-tractor trailer was eastbound on I-465 and ran into the back of a line of cars who were backed-up traffic. The traffic in the area was slowed due to construction. The three deceased were all in one vehicle and were the first vehicle struck by the semi, after the initial impact five other vehicles were struck. Investigators believe unsafe speed was a factor in this crash. The east bound lanes are still affected as crews continue their investigation and clean-up. The driver of the semi was 57 year old Bruce Pollard of Sturgeon Missouri.

Notification has been made to immediate family members of the deceased, however we are withholding their identities at this time. The Marion County Coroner’s Office responded to the scene and recovered the remains.

At this time no criminal charges have been filed however the investigation is ongoing. There is no further information to release at this time. 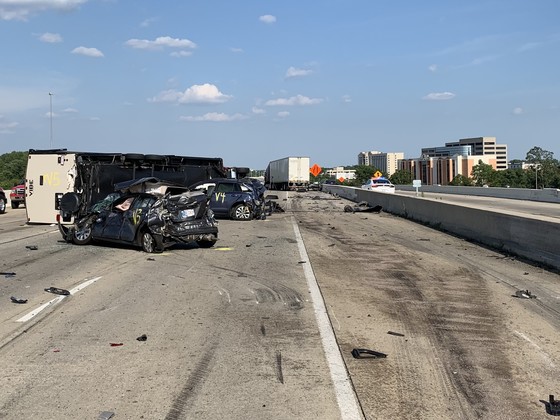 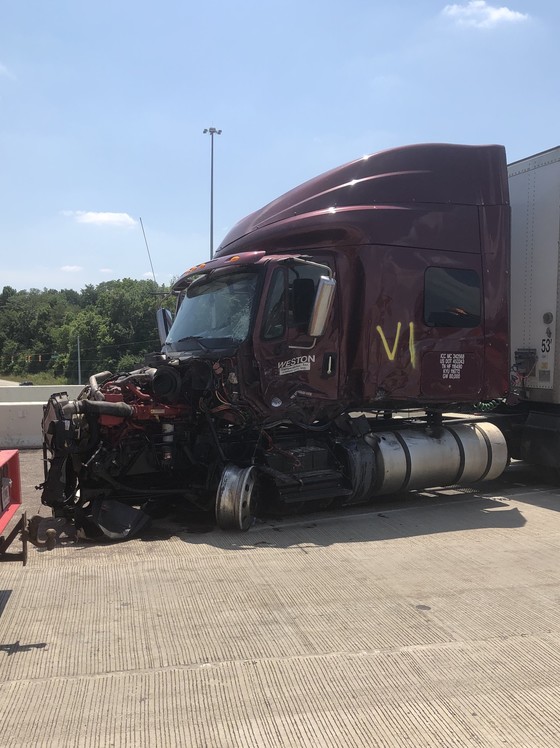