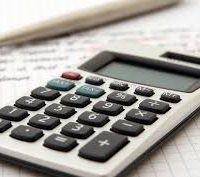 Two new online child support calculators—one for parents and one for practitioners—are now available at courts.in.gov/childsupport. The calculators were updated to comply with HEA 1520, effective July 1, which changes the conditions under which a parent’s child support duty ends. About $850 million in child support was collected and paid to parents last year.

The practitioners’ version is intended to provide judges, lawyers, social workers, and other professionals who commonly estimate support with a simple calculator for quick data entry. The parents’ version provides extra instructions. These updated calculators were designed to be used on screens of all sizes and now include a running tally of the child support amount to show how the financial information entered affects the amount.

The previously published downloadable child support calculator for Windows is obsolete and should no longer be used. Courts are encouraged to stop accepting forms created with it; these forms have the words “Downloaded Practitioners” in the lower right corner.

The Indiana child support calculators are developed and maintained by the Indiana Office of Judicial Administration, Trial Court Technology division and the Indiana Judicial Conference Domestic Relations Committee. The calculators were used by more than 125,000 people in the last year. They are designed to be compliant with state law and the Indiana Child Support Guidelines.