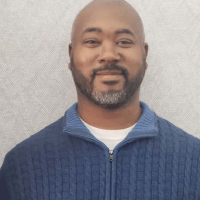 Monday, July 8th, the Greencastle School Board met with candidates to appoint a fifth School Board Member.  After interviewing the candidates and some deliberation, a vote was taken, and the board unanimously appointed Russell Harvey as their fifth board member.  The other 3 candidates who interviewed for the position included Kim Fidler, Doris Miller and Ed Wilson.   Harvey is replacing Lisa McCoy, who stepped down in June, he will serve the three remaining years of the her term.

The current Greencastle School board members who unanimously voted 4 to 0 to appoint Russell Harvey are Bill Tobin, Brian Cox,  Dale Pierce and Mike White .  Also giving their input before the final decision was made were  City Council representatives Stacie Langdon and Adam Cohen.