Trooper Bradley J. Fyfe, a three-year veteran of the ISP, was presented the 2018 Trooper of the District Award for the Putnamville District. Trooper Fyfe was overwhelmingly nominated for this award by his peers and the District 53 Command Team. During 2018, Trooper Fyfe concentrated his traffic and criminal enforcement efforts on DUI, drug enforcement, and associated crimes. Trooper Fyfe made 38 DUI arrests and 336 criminal arrests, including 115 felonies, most of which were drug and/or alcohol related. This statistic placed him first in the district in criminal arrests. Fyfe was second in the district in DUI arrests and issued 1,232 traffic enforcement contacts (citations/warnings). Trooper Fyfe is currently assigned to the All Crimes Policing Squad, Tip Squad, is an Instructor at the State Police Academy, and routinely uses his personal drone to assist with Department Business.  Fyfe actively participates in the “National Night Out”, the Covered Bridge Festival, and donates his time to the Clinton Little League. His willingness to give of his time in community events and activities is a true display of his dedication to his profession and the public he serves. Fyfe is a graduate of the 75th ISP Recruit School. Lieutenant Dan Jones, Commander of the Putnamville District, commented, “Trooper Fyfe sets the example for other officers to follow and treats people with genuine respect.  Fyfe is a mature and conscientious officer who has earned the respect of his peers, supervisors, and the citizens he serves. He is a well-rounded law enforcement professional who will undertake any task”.

Trooper Rondell K. Shelton, a four-year veteran of the ISP, was awarded the 2018 Putnamville District DUI (Driving Under the Influence) Award. Trooper Shelton incarcerated 49 impaired drivers throughout 2018 and was also the recipient of 2017 DUI Award. Shelton is a graduate of the 74th ISP Recruit School. Lieutenant Dan Jones, Commander of the Putnamville District, commented, “Trooper Shelton is a hardworking, self- motivated individual, and works diligently to provide safe roadways for the public.” 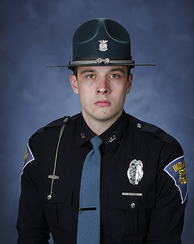 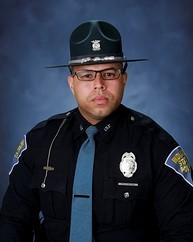