On 4/23/2019 at approximately 9:14am, Hendricks County Sheriff’s Deputies received a call of a motor vehicle crash in the 3800 block of East US 40 (West of Plainfield). Upon arrival, Deputies located the 2004 Pontiac van inverted in the eastbound lanes of US 40. The female driver, later identified as Laura Thomas, 54, of Clayton, Indiana, had been ejected from the vehicle and was pronounced dead at the scene. The preliminary investigation indicates that Mrs. Thomas had been traveling westbound on US 40 when her vehicle went into the grass median before striking a culvert. At the point the vehicle struck the culvert, the vehicle rolled and rotated before coming to rest on its top in the eastbound lanes of US 40. The incident was a single vehicle collision and no one else was inside the vehicle at the time of the crash. The precise reason for the vehicle traveling off the roadway is still under investigation; however, alcohol is not suspected as a contributing factor to the crash. 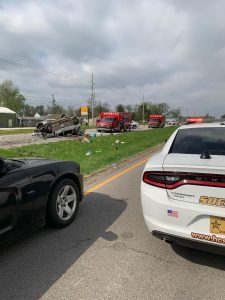 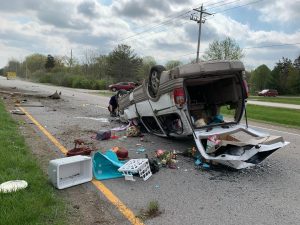