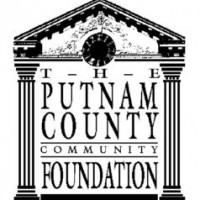 Greencastle High School senior Jaxon Parmley has been named the 2019 Putnam County Lilly Scholar.  Jaxon is the son of John and Jody Parmley.

The scholarship provides full tuition and fees to any Indiana college or university for four years of education.  Recipients also receive an additional stipend of $900 for books and equipment.

Parmley plans to study actuarial science at Purdue University, but has also applied to the University of Notre Dame.  Jaxon has a goal of becoming an actuary for an insurance company.

During his career at GHS, Parmley has proven to be a leader in a variety of organizations. He has served as the president of his class each of the past three years, vice president of the National Honor Society, a Greencastle High School Ambassador, a four-year member of the Putnam County PIE Coalition and as a member of the Putnam County Youth Philanthropy Committee.

There are several criteria to be considered for the Lilly Endowment Community Scholarship including scholastic abilities and intellectual pursuits, capacity to lead and motivate fellow students, social commitment and extracurricular involvement, and the ability to articulate career plans that demonstrate motivation and initiative.

There were 16 qualified applicants in this years highly competitive process for the single scholarship.  There was a blind interview for the first three phases, followed by a dinner which allowed the committee to meet with the seven semifinalist.  The process wrapped up with individual interviews with the four finalist.

The committee then submitted the nominee and alternates to Independent Colleges of Indiana, Inc. (ICI) after the personal interviews were conducted.  ICI is a nonprofit corporation that represents 30 regionally accredited degree granting, nonprofit, private colleges and universities in the state which administers the scholarship program.