Because winter can be a busy time for coyotes, DNR biologists say people can expect to see more of them in the coming months, but not to be alarmed.

“Most young coyotes leave their parents to start looking for new homes during winter. In addition, coyote breeding season starts in January, and coyotes may be more mobile during that time as well,” said Megan Dillion, DNR south region urban biologist.

Coyotes are common to Indiana, including areas where people gather. It is normal for them to show up not only in rural environments, but also in urban areas.

“Coyotes thrive near people because they like to eat the rodents and rabbits that thrive near people, so seeing them in urban areas happens pretty regularly and is not unusual,” said Geriann Albers, DNR furbearer biologist.

As a result, coyotes are an important part of Indiana’s environment, helping to control rodent populations and cleaning up dead animals.

Coyotes’ main diet consists of rodents and rabbits, but they will eat almost anything, including fruit, insects, pet food and garbage. That’s why it’s important to keep garbage secure, make sure pet food is not left outside and make sure fruit from trees is picked up.

“Coyotes may be attracted to bird feeders because mice and squirrels will hang around bird feeders. If you start seeing a coyote and you have bird feeders up, taking them down for a few weeks may encourage a coyote to move on,” said Jessica Merkling, DNR north region urban biologist.

If you see a coyote and want it to go away, try to make it uncomfortable. Yell, wave your arms, spray it with a hose, or throw tennis balls or small stones—but don’t throw anything that it may construe as food. Noisemakers such as a jar of coins or a small air horn can also scare away coyotes and are therefore good to carry when venturing out.

Never corner or chase a coyote. Make sure they always have a clear path to get away from you.

Learn more about coyotes at wildlife.IN.gov/5688.htm 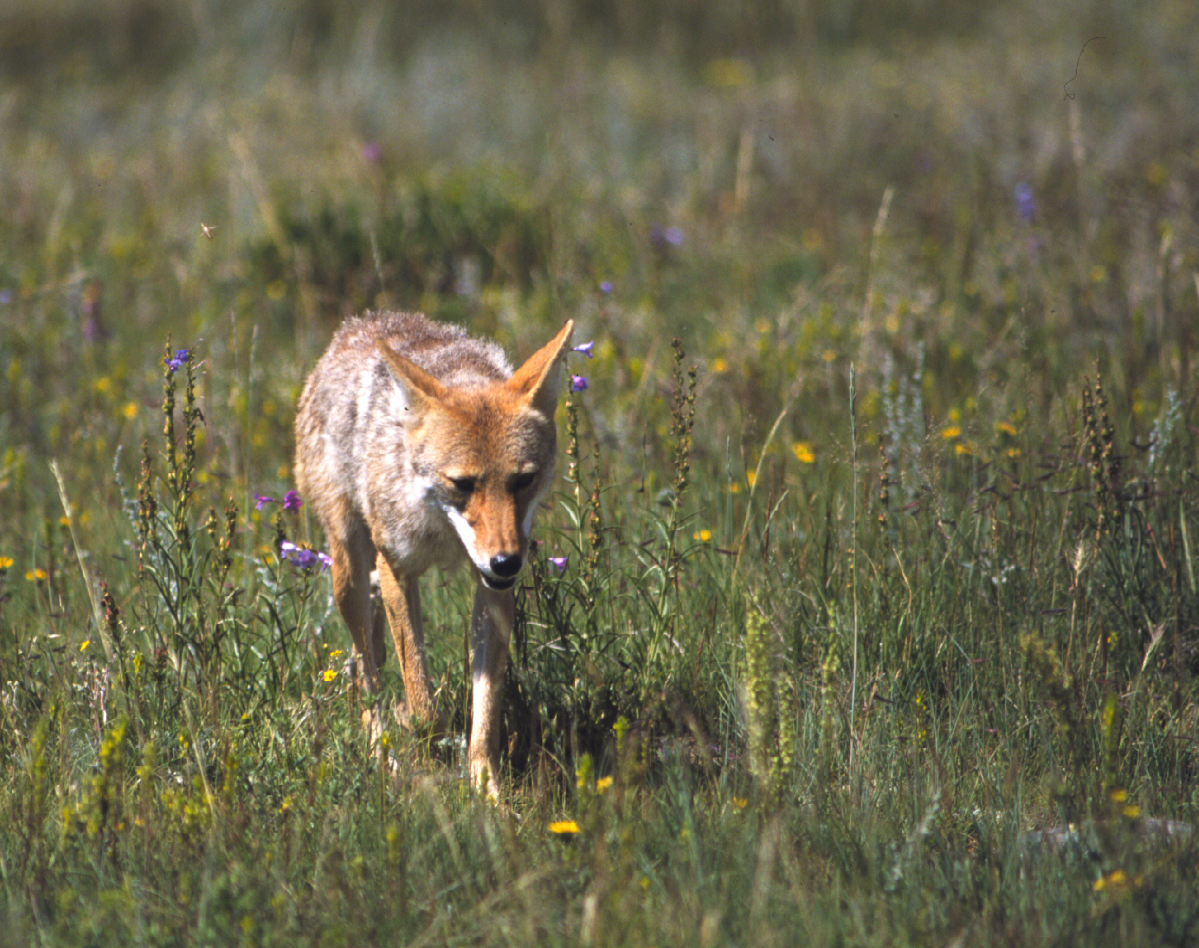