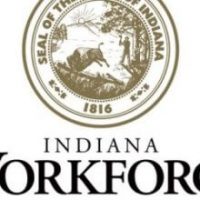 In addition, Indiana’s initial unemployment insurance claims continue to be at historical lows.

Learn more about how unemployment rates are calculated here: http://www.hoosierdata.in.gov/infographics/employment-status.asp.

Private sector employment has grown by more than 27,600 over the year, and has increased by 3,600 over the previous month, primarily due to gains in the Financial Activities (2,300) and the Construction (1,600) sectors. Gains were partially offset by losses in the Manufacturing (-2,000) and the Other (-1,600), which includes Mining and Logging, IT and Other Services, sectors. Total private employment stands at 2,706,600 and is 17,700 above the December 2017 peak.