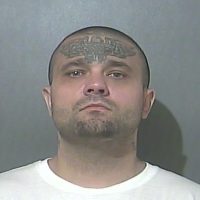 Terry G. Baugh, Jr. was arrested last night around midnight by members of the Terre Haute Police Department and the Vigo Co. Sheriff’s Office at a residence on Little St. in North Terre Haute. The arrest occurred after a manhunt had been conducted in St. Bernice earlier that night by members of the Vermillion and Parke Co. Sheriff’s Departments after Baugh and another male were observed broken down in a stolen Dodge truck and residents began calling law enforcement with sightings of the pair being on foot. It was later learned that Baugh and the other male had been given a ride to the North Terre Haute residence where he was later arrested. Baugh has warrants out of Parke and Vigo Counties. Baugh’s Parke County charges stem from a burglary of an occupied residence of an elderly female and the theft from a business. His bond is set at $35,000.00 with no 10% allowed. Baugh is currently incarcerated in the Vigo Co. Jail. Nicole M. “Nicky” Johnson, 03-28-84, Baugh’s accomplice who is also wanted in Parke County in connection to the Burglary and Theft, is still being sought by authoritees. 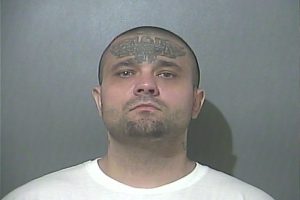 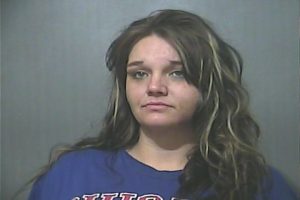