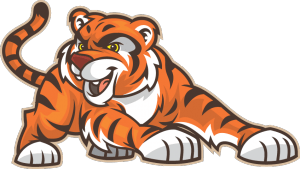 Tiger Cub coach Stephen Paquin comments: The Tiger Cub girls opened the 2019-2020 golf season with a third place finish against North Putnam and Lebanon at Old Hickory G.C. on Monday evening. The weather was very warm and the course playing fast as the Cubs began the new season. Bailey Shuee was 2nd low scorer in the meet shooting a 45 and was followed by Molly Ramey with a 53. These were two nice scores from the two returning players from last years county, conference and regional qualifying team. Our newcomers this year are senior Serena Patch, junior Jennifer Scott, and freshman Kadence Shaner who have never played before at the high school level. This team will struggle early in the season as the inexperience will become learning the many shots, rules, scoring, and different courses that will help the girls to play a very difficult game. I see this team improving and becoming competitive with the other teams on the schedule as the season progresses.

Next Match: Wed at Rea Park in Terre Haute against the Braves of Terre Haute South at 4:30.