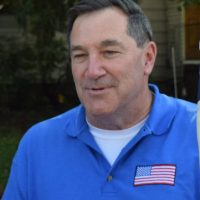 Washington, D.C. – U.S. Senator Joe Donnelly today called for quick action to find agreement on a final version of the 2018 Farm Bill. Last night, the Senate sent its version of the bill to a conference committee, where it will be reconciled with the version that passed the House of Representatives earlier this year. Donnelly helped the Senate pass its version in June, which received strong, bipartisan support in 86-11 vote and included a number of Donnelly-led provisions that would improve risk management, conservation, and export promotion programs; help fight opioid abuse; invest in the future of agriculture; and address food insecurity. As a member of the Senate Agriculture Committee, Donnelly helped craft the Senate’s bill earlier this year.

Donnelly said, “Our farmers are having to navigate significant challenges – from depressed commodity prices to chaotic trade markets and uncertain federal policies from WOTUS to the RFS. Now more than ever, farmers need conferees to quickly reconcile the differences between the Senate- and House-passed versions of this bill. I encourage conferees to follow the path we did in the Senate and put aside partisan differences to develop a bipartisan bill that will allow us to quickly provide some stability for farmers.”

Some of the Hoosier priorities and Donnelly provisions included in the Senate-passed bill:

Through his work on the Senate Agriculture Committee, Donnelly has worked tirelessly to advocate for Hoosier farmers and rural communities. As part of the previous Farm Bill, Donnelly successfully pushed several measures important to Indiana that were signed into law in 2014. The Farm Bill is typically reauthorized every five years, and the current bill expires in September 2018. A final version must now be negotiated between the Senate and the House of Representatives, which each passed different versions of the bill.