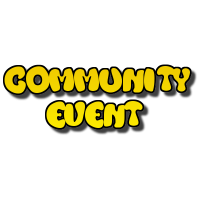 Join us as new friends of the festival, Brady Lanier & Daniel Inamorato perform a concert featuring an unusual juxtaposition of gamba music from the Baroque period with piano music from the Romantic and contemporary eras. This is the “Kissinger Family Concert,” celebrating the leadership of Joanne Kissinger, who with her family began an endowment at the Putnam County Community Foundation to support the Festival’s work.

The concert will take place at Gobin Memorial United Methodist Church, Wednesday, June 6 at 7:30 p.m.  There is no cost to attend this event.

Artist Bio:
Brady Lanier is Associate Instructor at Indiana University where he is pursuing a DM in viola da gamba performance. A founding member of Quaver Viol Consort, he has performed on viola da gamba, baroque and modern cello around the country with numerous ensembles such as the Houston Symphony, Indianapolis Baroque Orchestra, Houston Bach Society, the Princeton Fesitval, Ars Lyrica, and Musikanten Montana. Lanier is also an arranger and composer, having had works performed by the Houston Symphony, United States Air Force Orchestra, and original works performed at Carnegie Hall.

Daniel Inamorato is a classically-trained pianist who specializes in traditional Argentine Tango. He is known in Brazil for having won more than 40 first prizes in piano competitions all over the country. Inamorato has performed chamber music, new music and tango music with major figures of the international music scene. His recordings include a solo CD for label IU Music: Danza del Parque de las Acacias, 2012; a tango CD with group Cuarteto Tanguero: La Marca de Fuego, 2015; and a CD with the premiere of three violin and piano Sonatas from Latin American composers of the 20th century, Argentinean label Acqua Records – expected 2018.