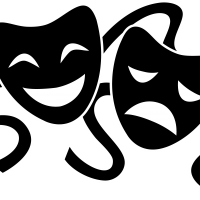 The Putnam County Playhouse opens it’s 57th season this week with the famous musical “Annie”.  The productions of the popular musical sponsored by Hopkins-Rector and Bittles and Hurt funeral homes will take place June 7-10 and June 13-16.  The June 10th performance will take place a 3 p.m., all other performances will start a 8 p.m.

Tickets are $10 and can be reserved by calling the box office at 763-5880 Monday-Saturday from 5-7 p.m.  It’s recommended to reserve tickets early, as some performances are already sold out.

Crawfordsville fifth grader Emery Jane Allen will be performing in the title role of orphan Annie.  Other leading roles will be Ric McFadden as Oliver Warbucks, Miss Hannigan played by Shelly McFadden, Andrew Ranck and Meghan Armitage as Rooster hannigan and Lily St. Regis, while Chris Wurster takes on the role as Drake, the major-domo and Lisa McCoy will be Grace Farrell.

The musical is directed by Caroline Good and will be under the vocal direction of Erik Foster.

Sarah Bond, assisted by Joshua Saul Bain and Fiona Good, is credited with choreography.  Scenic design and painting is by Linda Gjesvold.

Lulu and Vixen are two canines that will be featured in the stage play.