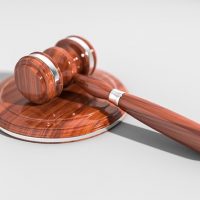 A woman from Indianapolis is facing an attempted murder charge after police say she entered someone’s home with a gun Monday morning. Indiana State Police say Jaquelyn Downey tried to go into that home in Martinsville through a window with a gun when the homeowner confronted her. That’s when the two of them fought and the homeowner pinned Downey down until police officers got there. Downey has been charged with attempted murder, intimidation, criminal recklessness, domestic battery, and harassment.