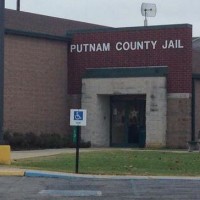 Vigo County Jail could be a part of making improvements to the Putnam County Jail.

The proposal from the Putnam County Sheriffs Department to house female inmates from the Vigo County Jail was approved by the Putnam County Council this week.  The money brought in from housing the inmates will go into an account to fund improvements at the jail.

Vigo County would pay $35 per prisoner per day, allowing the county to bring in $4,570 after spending $675 to feed the outside inmates.

If things go well, the jail could raise the number to 10 inmates, which would bring the monthly profit to $9,150.

The funds would go into a fund for jail improvements, with the first priority being to fund new exercise equipment.

One of the problems jail officials run into, Chief Deputy PhilParker explained, is keeping inmates in enclosed spaces without giving them an outlet for their energy. Whether it be bad news from court, on the homefront or just a case of getting stir crazy, a recreation area for inmates is a way to let them blow off steam and keep the jail environment safer for staff members and inmates.

“We get talked to every year by our jail inspector that our outdoor rec area is not put together up to jail standards,” Parker said. “We want to keep them occupied without them keeping each other occupied.”

The preliminary plan is to take on five inmates.

For now, the plan will be only to take on female inmates, as PCJ doesn’t have too many females currently and that is one overcrowded population in Vigo County. There is also talk of taking on sex offenders, who are often segregated from the general population.  The hope is that the program continues beyond paying for the exercise equipment and can fund further improvements at the jail, such as painting, new cameras and other needs that may arise.