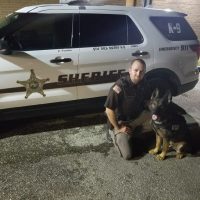 On 01/18/2018, at approximately 7:10pm, Deputy Caleb Hutchison attempted to catch up to a vehicle traveling at a high rate of speed and making unsafe passes on Owl Hollow road in northern Owen County. Deputy Edson Westgate was also in the area and observed the vehicle turning onto Atkinsonville Road at a high rate of speed. When Deputy Hutchison attempted to initiate a traffic stop on the vehicle, the driver accelerated and attempted to flee. After a short distance, he lost control after becoming airborne when crossing a bridge and struck a tree. Deputies Hutchison and Westgate checked the vehicle and found the driver of the vehicle had fled on foot. They also learned the vehicle was stolen out of Marion County. Deputy Hutchison deployed his K9 partner, Koda and began to track the suspect with the assistance of Deputy Westgate. Koda lead the deputies to the suspect who was injured and hiding behind a barn at a nearby residence. When confronted by Koda, the suspect (identified as 31 year old William Browning of Spencer) surrendered. Browning was taken for medical treatment for injuries sustained in the crash, and then booked into the Owen County Jail on preliminary charges of driving while suspended, receiving stolen property and resisting law enforcement with a vehicle. 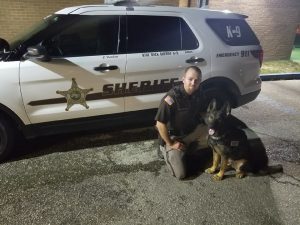 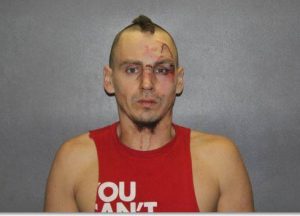