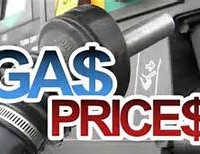 A refinery outage in Roxana, Illinois is expected to affect gasoline prices in Indiana and adjacent states as well as Wisconsin and Virginia. It’s not clear yet what happened but something caused a “flaring event” at the facility–a release of gases which will be monitored by the Illinois Emergency Management Agency. It also resulted in an almost immediate jump of nearly ten cents a gallon in wholesale gas prices, says Gas Buddy analyst Patrick DeHaan. He’s predicting prices at the jump as early as today (Thursday), maybe not until Monday. And those increases are likely to be more than that ten cents. “Price cycling” is common in this area–whereby stations undercut each other to be competitive. They’ll restore their depleted margins in addition to passing on the wholesale increase. That could mean prices from around $2.65 to $2.79 a gallon.