Around 1:30 p.m. today troopers from the Indianapolis State Police Post and area emergency personnel responded to a two vehicle crash on I-70 near the SR 267 exit.

Troopers arrived to find a Honda Accord and Saturn passenger car scattered across the interstate.

According to witness accounts the west bound Honda rear-ended the Saturn passenger car that was stopped in the left lane of I-70.  Purportedly, the driver of the Saturn had stopped to help an acquaintance that was driving a Kia Soul that was disabled off the south side of the interstate next to the guardrail.

The accident remains under investigation at this time.  The crash restricted west bound I-70 traffic for approximately two and half hours. 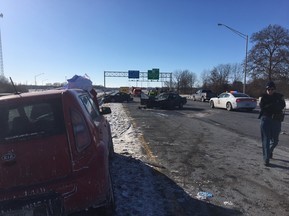 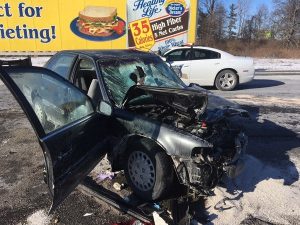 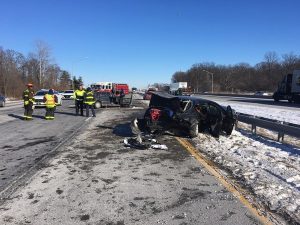