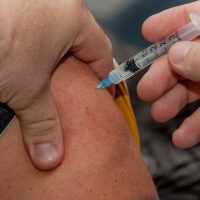 The Indiana State Department of Health says at least nine people have died of the flu so far this year throughout the state. The Department of Health released a report on Friday, Dec. 29 indicating that eight of the nine deaths were those over the age of 50, while one person who died was between 5-24. Seven of the flu deaths happened in the week leading up to Dec. 29. The report did not give out any more specific information on those who died or where they had lived.