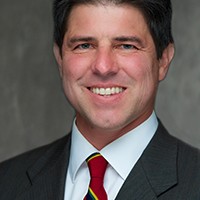 INDIANAPOLIS — State Sen. Rodric Bray, who represents a significant portion of Putnam County, has been named to a significant leadership in the Indiana State Senate.

The majority floor leader is the second-ranking leadership position in the Senate Majority Caucus and helps develop and enforce the rules of the Senate.

Bray was appointed to the position following the retirement of current Majority Floor Leader, State Sen. Brandt Hershman (R-Buck Creek), and will assume the role on Tuesday, Jan. 2.

“Serving as the Majority Floor Leader is a significant responsibility that I do not approach lightly,” Bray said. “I know I have big shoes to fill following the retirement of Sen. Hershman, and I am grateful to Sen. Long for entrusting me with this leadership role.

“I will undertake the duties of this position with the respect of my fellow senators at the forefront of my mind.”

Long cited Bray’s fair and respected temperament as a few of the reasons for his appointment.

“While the Senate will miss the rare talent and experience provided by Sen. Hershman in the many roles he served, I am delighted to announce that Sen. Rod Bray will be taking his place as the new Majority Floor Leader,” Long said. “Rod has become a strong and respected leader within the Senate Republican caucus, and his organizational and oratory skills will prove extremely valuable in his new role.

“I look forward to working side by side with Sen. Bray as we begin the 2018 legislative session.”

Bray will retain his position as chair of the Senate Committee on Judiciary when the Indiana General Assembly reconvenes on Wednesday, Jan. 3.

Bray represents the southern portion of Putnam County, including portions of Greencastle, as well as all of his native Morgan County and portions of Johnson and Owen counties.