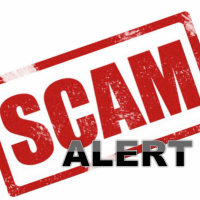 A woman from Heritage Lake was the victim of a very aggressive phone scam this week. The 81-year-old woman fell victim to a lottery scam last month, where she lost thousands of dollars in “taxes” she was told she had to pay on “lottery winnings.” Since then, she has received multiple calls from the scammers that have gone ignored. That’s when, it seems, the scammers kicked things up a notch. They contacted a taxi company in Indianapolis to go to her address and call a number when they arrived. The cab driver did this and was told to give the phone to the woman. The person on the phone told her she was in a lot of trouble for not paying those winnings. At the same time, another scammer called her cell phone, claiming to be a federal agent. As usual, the Putnam County Sheriff’s Department is using this as an opportunity to warn folks of these phone scams. If you receive a call like this, you’re asked to please contact the police immediately.