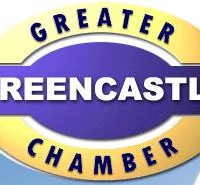 Nominations for the 2017 Citizen of the Year Award are still being accepted by the Greater Greencastle Chamber of Commerce. Nominations are due by Friday, January 15 for both Citizen of the Year and Non-Profit of the Year. These awards will be announced alongside the 2017 Business of the Year on January 27 at the Chamber’s annual dinner. To nominate someone or a group or organization for these awards, email briancox@gogreencastle.com or mail or drop off the nomination at the Chamber office, 2 S. Jackson St., Greencastle IN 46135. Anyone who has any questions may call the Chamber at 653-4517.