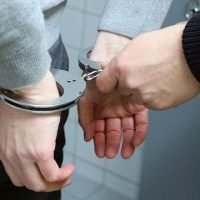 A former Crawfordsville High School teacher and coach will not be going to prison after pleading guilty to having sex with two high school students.  Michael Demeter, 26, was convicted of two counts of child seduction. Investigators say Demeter had sex with two female students in 2015. Demeter had been a math teacher, as well as a basketball and tennis coach at Crawfordsville High School from Aug. 2013 until May 2016, when he resigned to take a position at Wabash College.