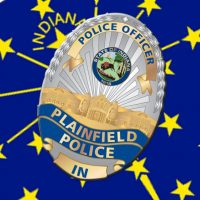 Plainfield Police are asking for the community’s help in identifying suspected thieves caught on doorstep cameras. In just a matter of a couple of days, there have been eight different reports of stolen packages in Plainfield neighborhoods, mainly in Saratoga. From November 29 to December 2, eight reports have been filed with the Plainfield Police Department regarding packages stolen from porches, some of these instances caught on door cameras.