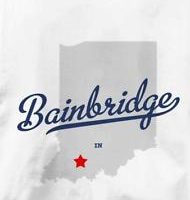 On Tuesday evening, an investigation that has been going on for 12 weeks came to a head  when the service of a search warrant led to the arrests of two northern Putnam County men. While the warrant was being served, the PCSD deputies found methamphetamine in the amount of about 1.5 ounces. Also found was a set of firearms and a motorcycle that was reported stolen out of Clay County. There were nine people at the residence, backup was requested. Out of all of the nine people inside, two of them were arrested. 42-year-old Shayne C. Frost of Bainbridge and 41-year-old Jerry A. Williams of Russellville.  One of the residents that live there, Frost, was booked in the Putnam County Jail, Wednesday on charges of Level 2 felony dealing in methamphetamine (over 28 grams), Level 3 felony possession of methamphetamine (over 28 grams), Level 5 felony possession of a firearm by a felon and possession of stolen property. Williams was arrested for Level 6 felony possession of methamphetamine and booked into the Putnam County Jail early Wednesday morning.