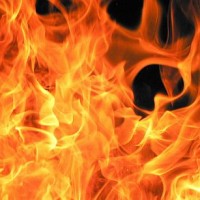 An update on the fire in Brazil from last night that took the lives of 3 people. According to officials the fire broke out on east Mechanic Street around 8:30pm last night. Four people were taken from the house and taken to St. Vincent Clay Hospital where one woman and two infants were pronounced dead. There is no word on the fourth person’s condition at this time. Additionally it was learned that two of the family’s dogs were also saved from the fire. Witnesses of the fire also advised emergency crews that more animals might be found inside the home. The two dogs will be sent to the local veterinarians office for a check-up. The cause of the fire is still under investigation.