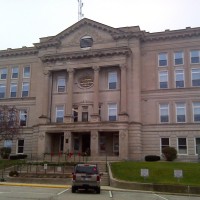 The Putnam County Highway Department’s report mentioned by David Berry was as follows. They requested a time extension to put the finishing touches on Bridge #137 or more commonly known as Crowe’s Bridge. Additionally, the project on Bridge #248 located in Jackson Township on 650 East South of 236 has been completed and the bridge has been re-opened. The project on Bridge #42 located in Franklin township on 25W has also been finished and the bridge re-opened.