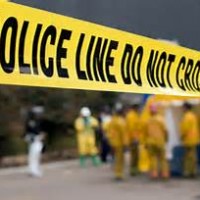 Terre Haute Police responded to a Linden Street address on a report of a stabbing wound around 4AM Saturday morning. Police discovered the victim, whose identity has not been released, had recently engaged in a physical dispute near the 1900 block of N 13th Street. Upon arrival at the secondary location, police identified a blood-like matter on the sidewalk, which led to the apprehension of a subject in a nearby residence. Uriah Sons, 25, of Brazil, was taken into custody for questioning, and faces charges of Aggravated Battery and Battery with a Deadly Weapon. The stabbing victim was transported to Union Hospital.