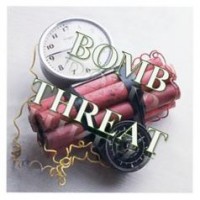 The Indiana State University Science Building was evacuated Friday morning after the University Police received a bomb threat. Surrounding buildings were also evacuated with the assistance of the Terre Haute Police Department, Vigo County Sheriff’s Office, and the Department of Homeland Security. Multiple searches were conducted throughout the buildings with the use of bomb-sniffing dogs, however, nothing suspicious was discovered. University buildings were reopened late Friday afternoon.