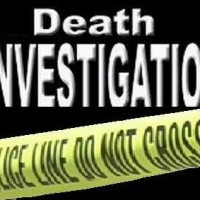 On Monday October 24th at approximately 11am, the body of Terre Haute radio personality Matt Luecking was discovered inside a bedroom at Village Quarter Apartment complex in Terre Haute. The Terre Haute Police began investigating and noticed that Luecking’s personal vehicle was missing. After noticing the missing vehicle authorities put out an advisory to the surrounding agencies to look out for Luecking’s vehicle. Vermillion County Police were able to locate the vehicle at a Walmart in Clinton. According to police, two men went into the Walmart and used Luecking’s credit card and ID to purchase goods. When the pair of suspects left the Walmart they accidentally left the photo ID of Luecking behind. From there Walmart gave police the license plate number for the suspects’ get-a-away vehicle. From there, Police were able to track down and arrest one of the suspects at the residence that the vehicle was registered too. Arrested was John Collins, age 24 of Terre Haute for the charge of Murder. Then on October 25th at approximately 2:30pm, The Terre Haute Police Department arrested two more individuals that are believed to be involved in the case. Arrested was Benjamin Selig, age 28 of Rockville for Assisting a Criminal and Kathleen Featherstone, age 25 of Terre Haute for Murder, Burglary and Robbery. The investigation is still ongoing.