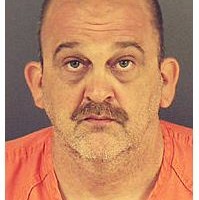 Donald Troy Jr., 49, of Rockville, was sentenced Wednesday to six years in the Indiana Department of Correction (DOC), by Putnam Superior Court Judge Denny Bridges. Troy plead guilty this past August to a charge of Sexual Misconduct with a Minor, a Level 5 Felony, after admitting to having sexual relations with a 14-year-old female employee Troy had hired at his Heritage Lake Marina boat shop. Troy will also be expected to complete a Sex Offender course, refrain from contacting the victim, and register as a Sex Offender. Reportedly, Troy stated to the court that he wasn’t aware it was wrong to have sexual relations with the teenage victim, though reportedly sex occurred nearly every time the victim worked with Troy, between June 2015 and April 2016. Putnam County Prosecutor Tim Bookwalter argued against defense attorney James Holder’s request of a light sentence. Bookwalter noted multiple aggravators, such as the victim’s age, Troy’s position of authority over the victim at the time, and the repeated acts of sexual relations, though he’s only being charged with one count Sexual Misconduct. Judge Bridges stated before dispensing Troy’s sentence, he took into consideration additional aggravators, including Troy requesting nude photos from the teenage victim, attempting to bribe her to lie, and two previously dismissed charges of reported advances on other young victims. Six years is the maximum sentence for this Felony.