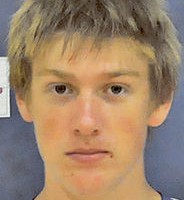 A two vehicle accident took the life of a Crawfordsville High School student this morning on US 136 and Nucor Road. The Montgomery County Sheriff’s Office was dispatched to the area of the crash at approximately 7:17am. Deputies arrived to find two wreck vehicles, a 1994 Toyota driven by 17 year old Thomas Edwards of Crawfordsville and another vehicle driven by Kelly Kruse, age 39 of Crawfordsville. Kruse also had a passenger who was identified as Matthew Garrett, age 37 of Terre Haute. Emergency medical services were immediately dispatched to the scene and recovered Edwards from the crash site and transported him to Franciscan Health Crawfordsville. Edwards later succumbed to his injuries and was pronounced dead at the hospital. Garret and Kruse were both transported to Franciscan Health Crawfordsville and later transferred to St. Vincent Hospital in Indianapolis for treatment. It has been reported that due to this accident CHS will be cancelling their open house for tonight. Additionally, the regional boys soccer game at Heritage Christian will be rescheduled to Saturday, October 15th at noon. The crash investigation is still ongoing.