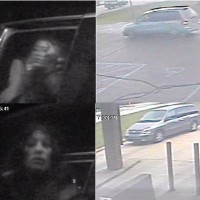 The Rockville Police Department began a credit card fraud investigation on Monday, September 28th involving a very recent method scammers have been using to steal someone’s card information. The incident began when a man noticed that charges were made on his bank account that he was not responsible for. After making a complaint to First Financial Bank, the bank sent their security personnel to look into the incident. The security personnels’ findings revealed that one of the bank’s ATMs were bugged with a card skimmer.

Recently, scammers have been placing devices called skimmers on card readers at stores, ATMs and various other locations. These skimmers are designed to look like they are part of the card reader. When a card is swiped through one of these skimmers, the device will store the data from the card to be used at a later time. This means that citizens who wish to protect their card information should lookout for these skimmers by checking if a card reader is bugged with a skimmer before swiping. To check for a skimmer, visually inspect the card reader to make sure it doesn’t look tampered with or loose. If you suspect that a card reader has been bugged with a skimmer, you are advised to call local authorities immediately.

The Rockville Police Department has also requested information from the public in regards to this recent fraud investigation. The suspects are a male and female who were captured by the bank’s security cameras driving a blue or gray Mercury Monterey Minivan. The suspects are believed to have stayed in the Rockville area at the time of the crime but live out of town. Pictures of the suspects can be found on wrebfm.com. If you have any information about these suspects you are encouraged to call the RPD at (765) 569-5413.